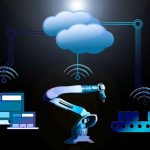 There has been constant development in the area of object interconnection via the internet. And this trend is set to continue in years to come. One of the solutions for machines to communicate with each other is the Semantic Web. Here are some explanations of this concept.

“The Semantic Web gives machines similar web access to that of humans,” indicates Maxime Lefrançois, Artificial Intelligence researcher at Mines Saint-Etienne. This area of the web is currently being used by companies to gather and share information, in particular for users. It makes it possible to adapt product offers to consumer profiles, for example. At present, the Semantic Web occupies an important position in research undertaken around the Internet of Things, i.e. the interconnection between machines and objects connected via the internet.

By making machines work together, the Internet of Things can be a means of developing new applications. This would serve both individuals and professional sectors, such as intelligent buildings or digital agriculture. The last two examples are also the subject of the CoSWoT1 project, funded by the French National Research Agency (ANR). This initiative, in which Maxime Lefrançois is participating, aims to provide new knowledge around the use of the Semantic Web by devices.

An article by Maxime Lefrançois, researcher in artificial intelligence in the Computer science and intelligent systems department of the Henri Fayol Institute, Mines Saint-Etienne, member of IMT and the LIMOS laboratory for IMTech, the scientific news site of IMT.